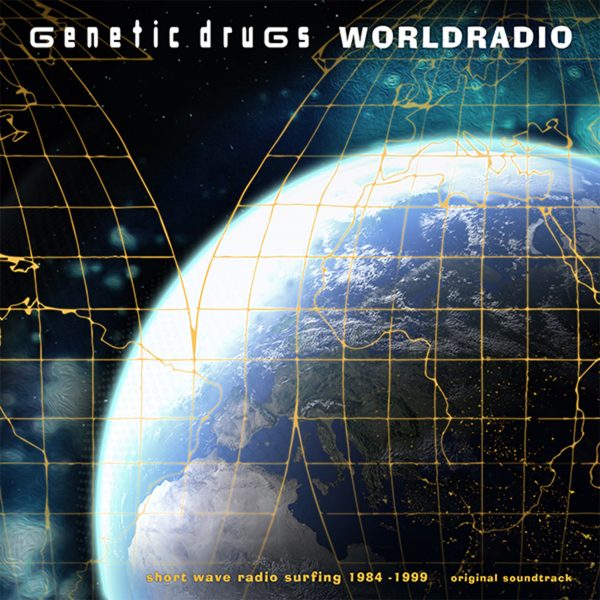 Worldradio (short wave radio surfing 1984 – 1999 – original soundtrack)
Before the internet, short wave radio was the only way to catch up with sounds from all around the world. In the early 80s, I began listening to the short wave with unbounded curiosity, tuning into global radio stations, recording random jingles and station IDs and discovering unfathomable voices.

My favourite radio device was a Panasonic DR48, made functional by an areal which covered the entire floor of my living room in West Berlin. I was fascinated by the Soviet American programmes of Radio Moscow, by East Germany’s Radio Berlin International, Radio Cairo, Citizens Band Radio and the stacatto chatter of pilots, as well as by the far away sounds of stations like Radio Beijing, Radio Mogadishu Somalia or Radio Australia. These recordings became a foundation for my tape archive, serving as a source of inspiration for my electronic music production and as a personal documentation of political developments such as glasnost, the breakdown of the Soviet Union, and peaceful revolutions in the German Democratic Republic and Romania.

Along with three synchronized video tapes, Worldradio was presented as a multimedia event, including live performances with my band, in Berlin (e.g. Haus der Kulturen der Welt in 1991), Frankfurt, Magdeburg, Rostock, Wroclaw in Poland and festivals in Spain, France and Belgium. The first production of Worldradio was a self-manufactured limited release on cassette in 1990. This anthology is a personal collection of my favourite tracks, created between 1984 and 1999. Take a deep (and sometimes hallucinatory) dive into the world of short wave radio, which provided the soundtrack to political developments and radical changes which have left their mark upon the modern world.