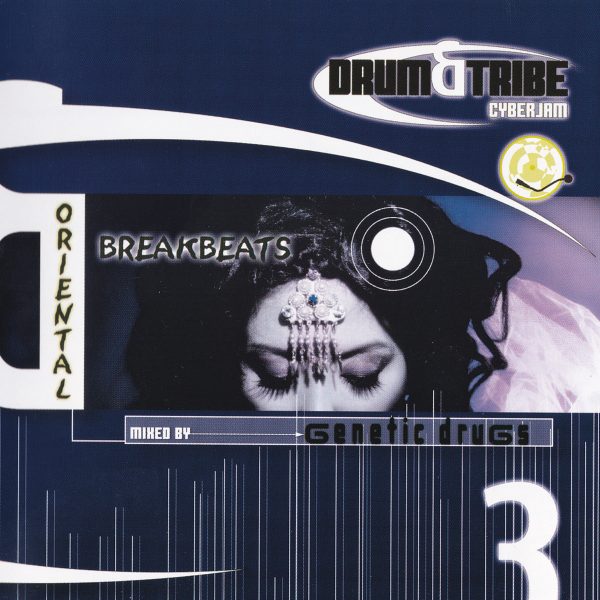 It is no coincidence, that this third edition of the Drum & Tribe compilation series came to life after “Asian” and “African Breakbeats”. Only after the musical and social success of Asian Underground in England and the progressive reinterpretation of African music through DJ’s and producers From Paris and Westafrica, the musicians and producers of the arabic and western world are experimenting with Oriental music and electronic rhythms. Still there is no scene evolving. Parts of these experiments are found on productions of well-known arabic pop stars, who rely on the abilities of producers (Faudel, Amina, Enrico Macias, Mohamed Mounir), so are so-called avantgarde musicians, that found their roots during their musical career (Smadj). Others came to life by mere chance, when musicians meet abroad (Kabul Worldshop, The Third Planet, Gnawa Impulse) and some few open-minded producers, that for years have been working on the development of clubby global music tradition (Genetic druGs, Jasmon, Digital Bled). Only very few tracks on “Oriental Breakbeats” go to the acount of an immigration generation, that (as with Asian Underground) combine everyday experience with the tradition of their parents and ancestors (Momo, U-Cef). On this particular generation lies the hopes, that in the future, they will be able to present, the great variety and colorful music of North Africa, Turkey and the Middle East a new base on international dance floors and clubs from New York, to Berlin to Bagdad. This particular album represents the diversity of this new Oriental music and how entertaining, exciting and intellegent it can be.