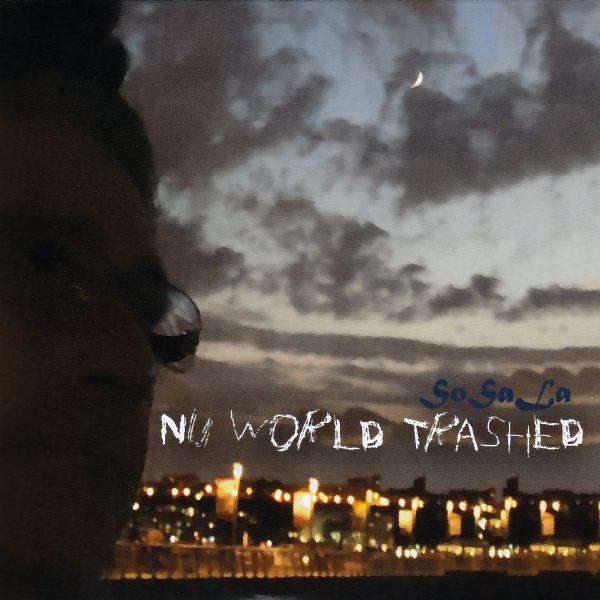 Following a period of building anticipation, saxophonist, composer, improviser, and producer SoSaLa and company (an amalgamation of world class musicians, plus well-known activist, educator, author and MC Dr.Cornell West who contributes a spoken-word feature) are taking a unique fusion of Middle Eastern, electronic, jazz and contemporary music to a new level with the release of Nu World Trashed. Released on NYC’s DooBeeDoo Records on December 11, 2020, with European release February 22, 2021.

SoSaLa (whose real name is Sohrab Saadat Ladjevardi, a Swiss-born Iranian American who has lived in Switzerland, Germany, Japan, and since 2008 in the US) has performed extensively and recorded as a leader with his own bands (SoSaLa, Tehran-Dakar Brothers, SADATO, SADATO GROUP, ALEF, etc.). He has performed with Malian star Salif Keita in Bamako in 2002 and recorded with legendary jazz musician Ornette Coleman and Bachir Attar and the Master Musicians of JaJouka in 2010 and studied under the mentorship of Ornette Coleman. In his four-decade music career SoSaLa has released several CDs on his own and German labels. Besides being a professional musician, he is also a music activist, and the founder of the non-profit musician rights organization Musicians For Musicians (MFM) in 2015.

Nu World Trashed is a development of SoSaLa’s first release Nu World Trash. The title describes the “Nu World” created by the Internet, and how some may feel “trashed” by it. It consists of seven studio tracks (collaborations with various musicians and producers) and two live tracks performed by the band, SoSaLa. Recorded between 2014 and 2020, it is a concept album that expresses hope and compassion. The music invites the listener to sit down, take a moment during the present troubled times for some much-needed soul searching. It inspires our humanity and wisdom to find light in the dark tunnel.

Note: this CD is a high-end product, in a limited edition of 300 with SoSaLa’s autograph, and a retail price of $50. This bold move is a refusal to accept the devaluation of music.