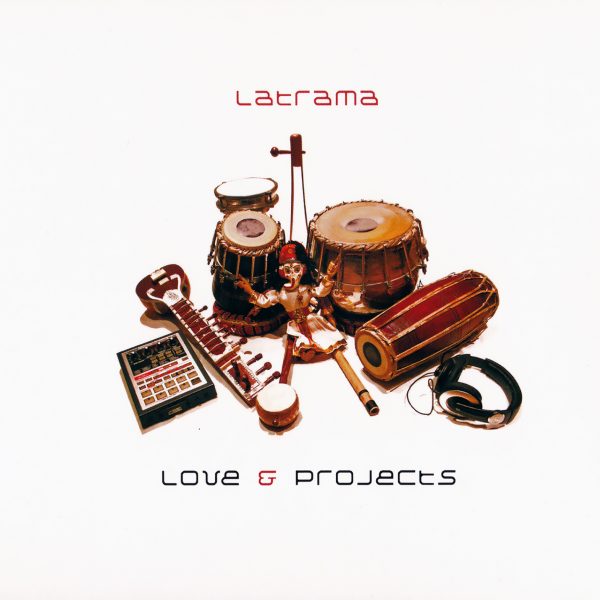 Based in Madrid, Eduardo Duque (aka Latrama, 1979) is a spanish producer, multi-instrument player and DJ known as a key global mixer of traditional world music sounds with electronic breaks.
Trained as classical guitar player when he was a child, he started to develop different
projects combining his digital gear and computer skills with acoustic instrument recordings in the early 90’s. A love feeling impulse and a wide variety of musical influences coming from drum’n bass to popular indian or spanish classical music evolved into a more defined and explicit project under the name of Latrama more than ten years ago.
As member of Chandra Sound System collective in the last decade Latrama has been
spreading his particular way of music understanding in many different forms and places of expression including DJ residences, live shows, radio broadcasting, TV ads and reels
production, music conferences, commercial releases, small clubs, big festivals and
collaborations as indian tabla player or remixer. All these bidirectional music gifts have been shared and shaped with the audience in places like Madrid, Berlin, London, Barcelona, Lisbon, Beijing, San Francisco or Luxembourg among others. Today he continues running a club residence in Madrid with the collective and filling up his projects schedule.

Love and Projects born as the result of the experiences, personal background and significant dates during Latrama’s story. This first longplay release by Latrama compiles a fifteen tracks structure split in two main parts including eight love songs and seven collaborative projects.
Love section explains itself as heart feelings in form of love songs dedicated specially to his best source of inspiration as she is the woman that shares his life experience and daily trip with. Projects section collects seven uptempo tracks in collaboration with close friends and well-known artists that Latrama has been crossing with on the way.
Love and Projects has been conceived as a world beats journey where asian and iberican elements get a highlighted prominence, and global drums and electronic breaks act as main engine parts of this musical boat. A balanced mixture of digital, plugged and un-plugged sounds, rhythms and melodies, organic and digital textures, mood states, memories, tons of fun and delightful feelings as sharing Sunday breakfasts and clubbing nights are.