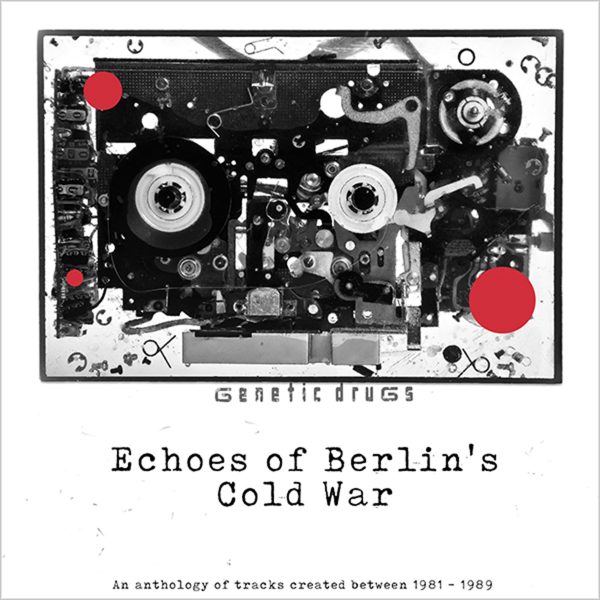 Echoes of Berlin’s Cold War (An anthology of tracks created between 1981 – 1989)
My first recording tools: a TEAC 144 Portastudio (4 track cassette), a Korg Mono-Poly Synthesizer, a Dr Rhythm drum machine and a Panasonic DR48 short wave receiver. My first apartment in Berlin was very close to the Tempelhof airport, with the result that the airport radar caused short noise spots to appear on all my recordings.

My first demo production entitled ‘Some Tracks Before’ came out as a self-manufactured cassette in 1981 and opened the doors for me to Berlin’s underground music scene. With my short wave receiver I captured plenty of sounds and voices from radio stations all over the world. I was fascinated by the Soviet/American programme of Radio Moscow, East Germany’s Radio Berlin International (the voice of the German Democratic Republik) and the special frequencies where the East German secret service Stasi broadcast secret number codes for their spies in various languages. These recordings became a foundation for my tape archive, serving as a source of inspiration for my electronic music as well as a documentation of obscure voices of the Cold War time in West Berlin.

Later when Fostex released their first 8-track reel to reel homerecording machine, I upgraded my equipment and bought a 38cm/sec mastering machine. My archive swelled with ever-more obscure recordings and became a personal political documentation of the ‘Glasnost’ time, the breakdown of the Soviet Union and the wall in Berlin as well as revolutions in Poland and Romania. I used these recordings in my productions, ‘Eligio’s Hallucinogenetic Plans’, ‘Genetic Plans’, ‘The Mysterious Phenomenon of Human Languages’ and ‘Worldradio’.

In 1986 I was honoured by the Senate of Berlin as a Berlin Rock Award winner. With the exception of the title track this anthology is a collection of personal favourite tracks which I created between 1981 and 1989. If you’d like to hear more stuff I can recommend searching for illegal uploads of all my original demo tapes in poor quality on the internet. The title track is a new production from 2018 including the most significant highlight samples of Berlin’s Cold War from my archive.