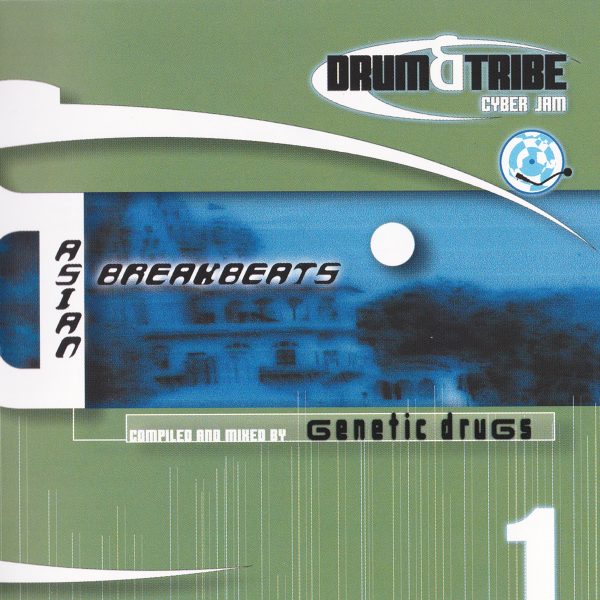 Asian Underground –
for protagonists of the scene, it remains just another suspicious brandmark of the trend media. for enthusiasts of innovative electronic music, it is an established proprietary article and a welcomed alternation to monotonous dance floor happenings.

During the whole current media hype it is quickly forgotten, that this Anglo-Asian club culture developed over years. As so many times before, Asian Underground developed in basements of the London music scene. Outriders were Asian DJs, rappers and producers, that took excerpts from Indian classic and folk music and digital rhythms to create an alternation to the simple Party-Bhangra of the 80’s. All they could do was take up where the 60’s ended, when Indian master musicians, such as the sitar player Ravi Shankar, L Subramaniam or the “Jimi Hendrix of the Sitar” -Ananda Shankar (who passed away this Jear and who’s song “Dancing Drums” is re-released after 20 years on “Drum & Tribe”) and Pop and Jazz musicians from Europe and America made psychedelic beat experiments.

The development of the “roots – meets -technology” idea is still starting up. With or without support through the established electronic community the second and third generation of migrants throughout European cities, carry their cultural heritage of their ancestors into the next millenium and serve themselves with beats and pieces of the global sound supermarket. A new type of self-confidence is spreading out: Maghrebians, Senegalese and Kongolese in Paris, Mozambiquians in Portugal, Iranians and Kurds in ltaly, lndonesians in the Netherlands, Indians and Pakistanis in Great Britain, Turks in Germany – rapping and breaking, the immigration kids make themselves heard. Their music is medium and message in one.

Under the Drum & Tribe logo, investigations are made in Berlin since January 1998 by DJs, musicians, producers and radio editors around the forth radio program of the public radio station “SFB4 MultiKulti” from the Sender Freies Berlin, trying to find the cut between roots music from around the world and electronic club music. At the Drum & Tribe live Club, Turkish, Indian, Iranian, Jamaican and/or Egyptian musicians jam to the latest break and house tracks. In the Drum & Tribe Radio Club, DJs play the latest World Music-remix. And finally during the Drum & Tribe Cyber Jams, the Berlin based multi media artists and audio-pharmaceutical travelling agent Genetic druGs connects tones, sounds, voices and rhythms from all continents with digital beats to fantastic global dance collages. He is assisted by the virtual radio speaker duo Lakshmi Navigator and Clinton.

With “Drum & Tribe Cyber Jam” Asian Breakbeats, SFB4 MultiKulti and Blue Flame Records present the first edition of a CD series, that will from now on commit itself to World-Electronic Crossover in all facets.