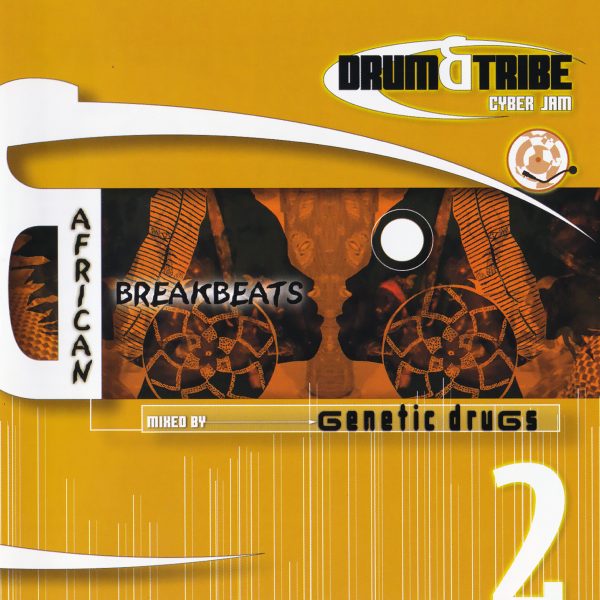 After releasing the album “Asian Breakbeats”, the editorial staff of the Drum & Tribe show from SFB4 Radio Multikulti in Berlin, now turn their eyes to African sounds. Concealed behind “African Breakbeats2 are traditional and popular music styles from Africa wrapped in electronic club rhythms. Apart from exceptional samples from South Africa (Colourfields) and Mali (Issa Bagayogo), the digital remixing of the African music is made in Europe and America. The track “Lanmbasy Dub” from Griot Foday Musa Suso
originally from Guinea, is now at home in America. Behind the French project PACT, stands Toups Bebey, son of the famous African author Francis Bebey from Cameroon. “Sema” was recorded by the Norwegian Techno-Duo Acid Queen, together with the Taraab-Orchester Egyptian Musical Club in Dar es Salaam, capitol of Tanzania. Most
of the tracks on the compilation however, are remixes from original African titles (“Elungelo”, “Koroduga”) or sample sounds from Africa.

Especially remarkable are the productions from Genetic druGs and Jasmon, The Rootsman with Alien Hifi and Recycler, that are exclusively found on this compilation. In doing so, recordings of healing rituals from the Senegal, Ghana and Benin are used, which were recorded by the team around Jürg von Ins (PD. Doctor Phil. of Ethnology
from Switzerland) and Genetic druGs between 1993 and 1996. These recordings are released as a share ware sampling CD, called “Afro Pharma” mixed by Genetic druGs (BF/BMG 743 21 82422 2) and partly include secret, mystical and sacred chants of rituals never before performed in public. On African Breakbeats, the following tracks contain Afro Pharma samples – track 1, 2, 8, 9, 12, 16 and 17. In a breathtaking alliance between tradition and modernism, a hitherto unknown Africa awaits for its discovery.